Davor Duboka, President of the National Organisation for Rare Diseases of Serbia (NORBS) started his blog on Invisible People at August 9, 2012. He is father to a son with Gaucher disease and at that time he was not able to get treatment, because the Serbian government did not have a policy for rare diseases. Davor learned that if he was to get treatement for his child, he had to force the issue himself. One of his activities was to start the blog on "Invisible People" that is followed by many people. Davor has shaped his blog so that everyone can follow his story immediatly. After he published his first post he shared the link over Twitter and Facebook, trying to target the 'famous' public figures with lots of followers. He also sent it in an email to all of the Serbian media. Davor already had contact with some journalists, but he is convinced that even when you don't have immediate personal contact with the media, it can be possible to get attention, although perhaps a bit slower.

At the website of the Institute for Sustainable Communities Davor's blog also caught attention and one can read the following comment about his blog: ..

"In the last few months the blog Invisible People caused turmoil in public. This site is run by the father of a boy who suffers from Gaucher's disease, a disease that belongs to a group of so called rare diseases that, until recently, were not part of the domestic legislation. At the initiative of the National Organization for Rare Diseases, this group of diseases was included in the Law on Health Care and Health Insurance only last year.

Davor Duboka, father of the boy with Gaucher's disease found himself in a similar life and bureaucratic maelstrom. The Invisible People blog writer tries to draw attention of the society, the public, the system, all of us, by saying that we are a community that still doesn't "see" all people, that there are those who are invisible for us and for the system. Just like his son". 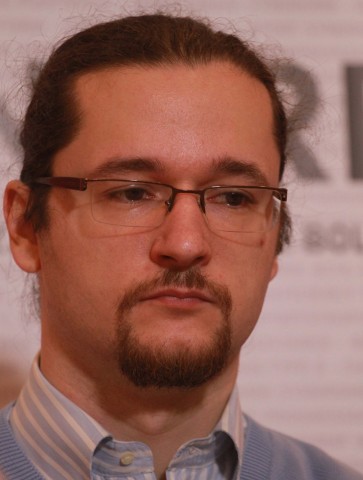