On June 11, 2015 a delegation of the International Pompe Association (IPA) visited the World War II commemoration monument at the Bovenweg in Saint Pancras (The Netherlands). One of the men recognized on this monument is Dr. Johannes Pompe—the doctor that first identified Pompe disease in 1932.

The delegation consisted of participants of the Pompe (Em)Power Program—all of whom have a direct connection to Pompe disease. The delegates from the Netherlands, United States, Italy, United Kingdom, and Israel were warmly welcomed by the board members of the Historical Association Saint-Pancras. They organised chairs so everyone was able to sit during the very informative and moving presentation they made on the history and significance of the Commemorative Monument. In addition, they made a special ramp to allow delegates from the IPA in wheelchairs to have access the monument and to see it up-close. The Chair of the IPA, Tiffany House, laid flowers in front of the monument on behalf of all Pompe patients world-wide and a moment of reflection and silence was observed.

The delegation was in the Netherlands to participate in the inaugural meeting of the Pompe (Em)Power Program, which was held earlier in the week in the town of De Rijp. The visit to the monument in Saint Pancras was to honor and remember Dr. Pompe.

As many in the Pompe Community already know, Dr. Johannes Pompe was killed by the Nazis on April 15, 1945—a day that we now recognize as International Pompe Day. He was killed as retaliation against the Dutch population for the actions of the Dutch Resistance—a few days prior the Resistance had destroyed a railway bridge in the town of St. Pancras to prevent the Nazis from sending reinforcements to stop a revolt on the island of Texel.

While Dr. Pompe was not involved in the destruction of the bridge, he was a prisoner of the Nazi’s for assisting the Resistance by maintain and operating a radio in his laboratory. He was one of 18 randomly selected prisoners who was executed on April 15, 1945 in St. Pancras.

According to the Historical Association of Saint-Pancras, the execution affected the town so strongly, that as soon as the country was liberated a mere twenty (20) days later, they immediately began steps to construct the Monument in honor of those who died. The town and the Association recognize April 15 every year through a variety of activities, and were moved to know the Pompe Community selected that day as our international Pompe Day.

After departing the Monument, the delegates reflected on what we learned. It was a moving and touching experience for all involved. 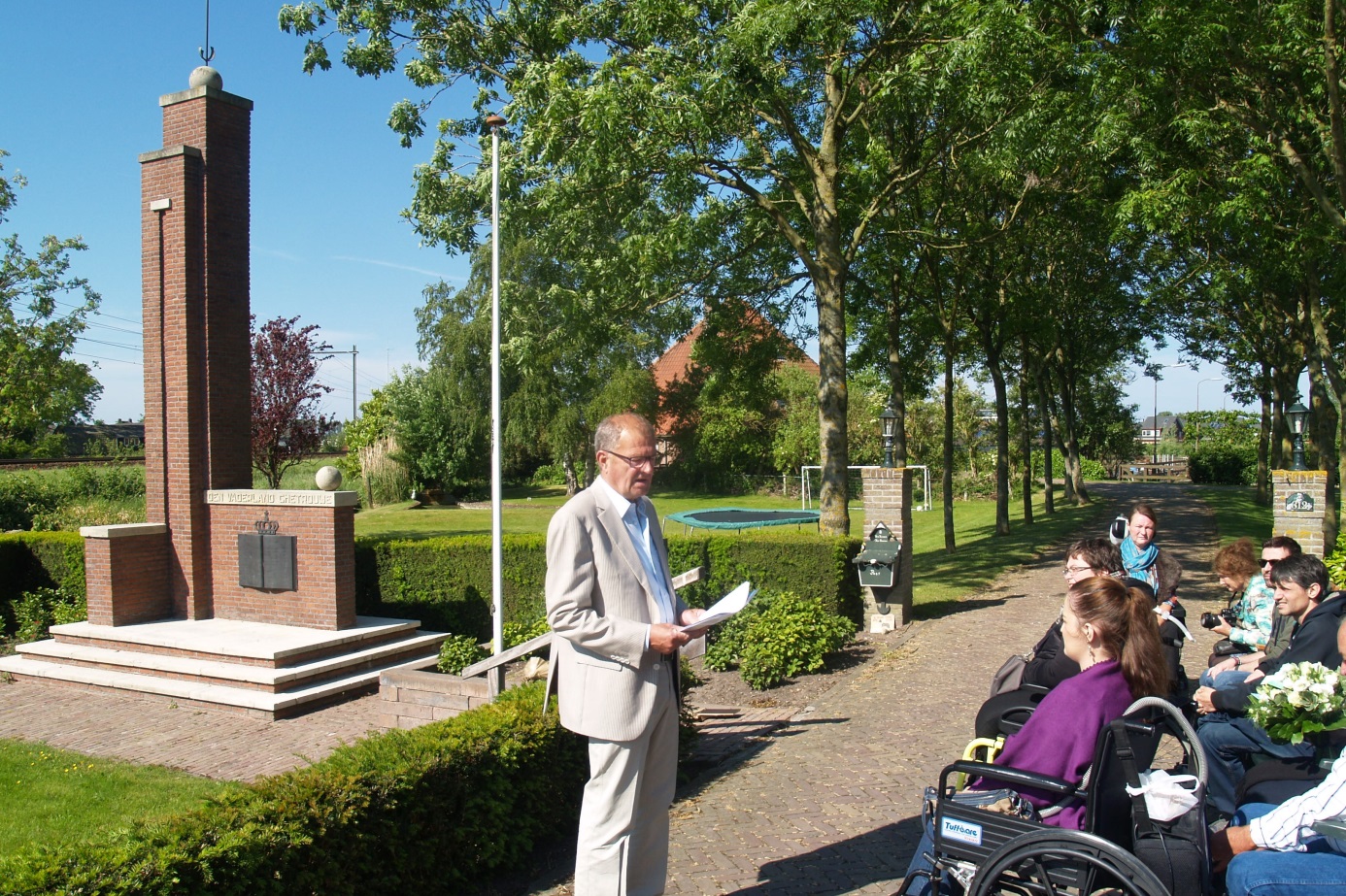 We received an explanation of the events that led to the execution of Dr. Johannes Pompe and 19 other men by the Nazis. 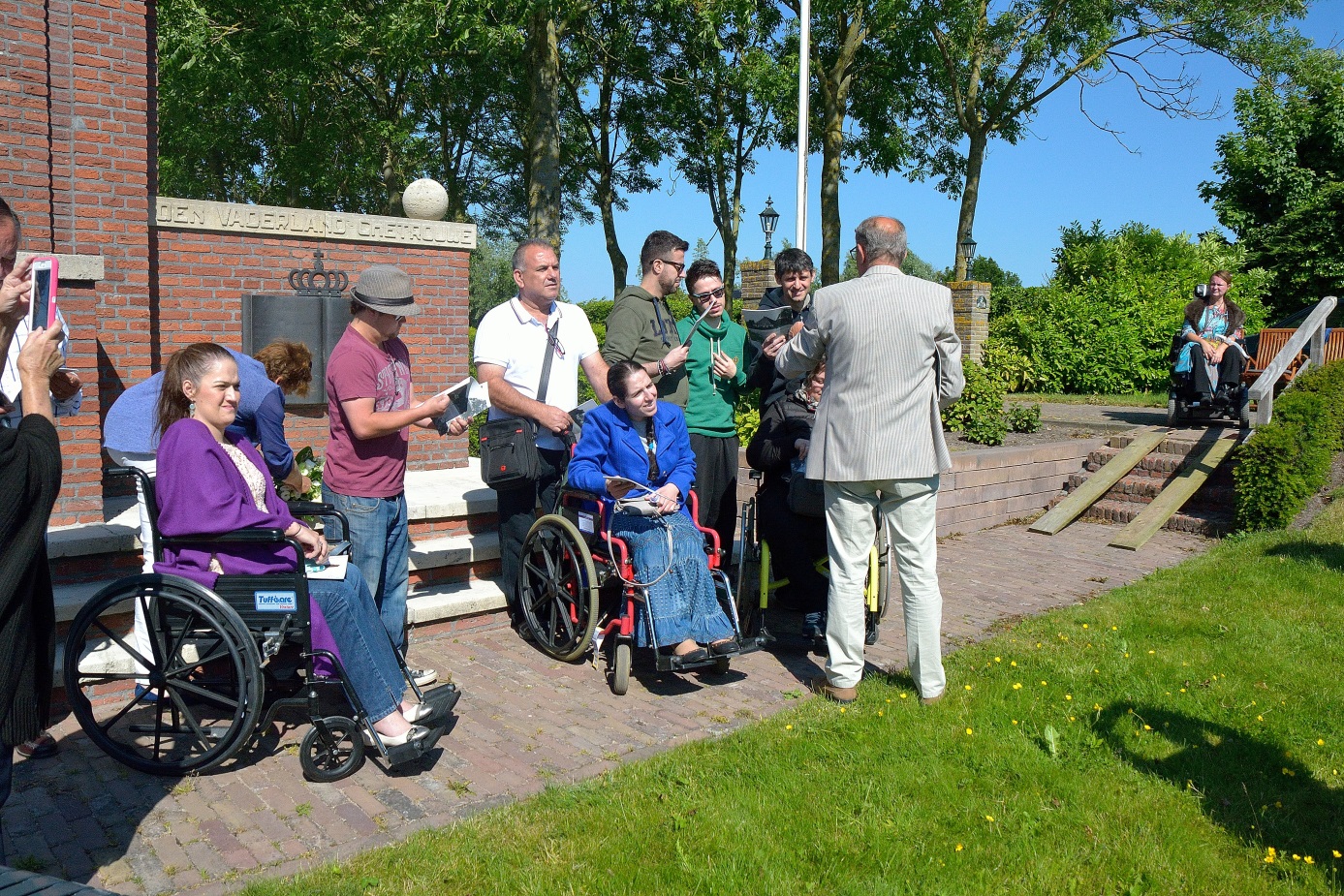 All delegates received a book made by the Historical Association Saint Pancras about the monument the people that were killed on April 15 2015. 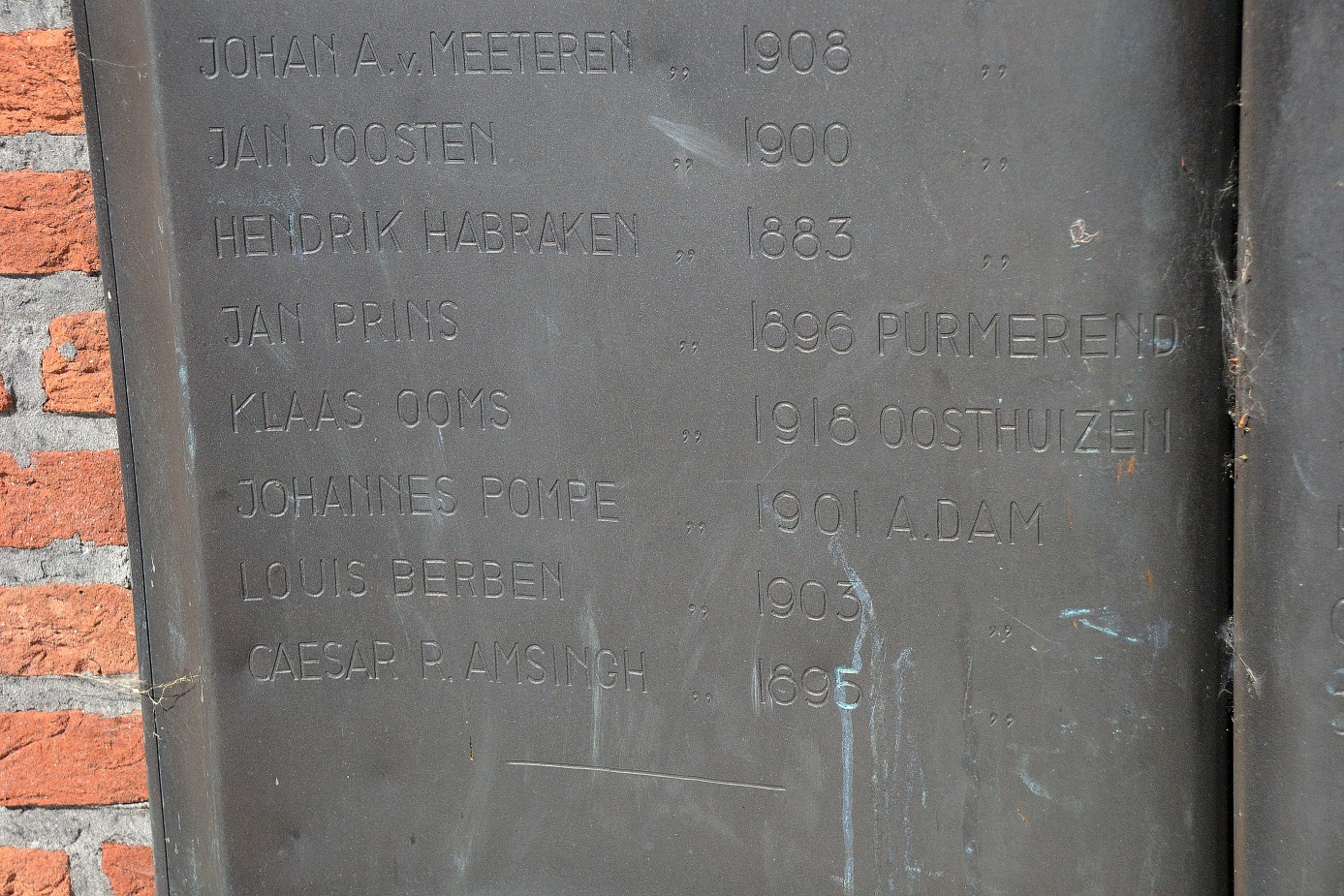 The name of Dr. Johannes Pompe can be read on the monument. The name Louis Berber that can be read under Dr. Pompe’s name is that of his colleague who helped him to hide the radio broadcaster in the animal laboratory.