Since it was founded in 1999, the International Pompe Association (IPA) has worked directly with the different industry partners who have been active in the field of Pompe disease.  Through its Board, the IPA has sought to be a conduit of information between the patient community and industry.

On Thursday, June 9th, one of our industry partners, Biomarin Pharmaceuticals, made the announcement during Goldman Sachs 37th Annual Global Healthcare Conference that it was planning to out-license the further development of BMN-701. BMN-701 (also known as Reveglucosidase alfa) is an investigational enzyme replacement therapy for Pompe disease that is currently in Phase II/III trials.

A recording of this announcement may be found at: http://investors.bmrn.com/events.cfm

The Board of the IPA understands that this news is unexpected to the Pompe community.

If current trial participants have questions regarding this announcement, they should contact their trial center. A list of trial centers can be found at: https://clinicaltrials.gov/ct2/show/NCT01924845?term=bmn+701&rank=3

In addition, the IPA has been in contact with Biomarin and has been communicating the need for an update to the Pompe patient community as soon as possible to explain the short-term and long-term effect of this announcement on Biomarin’s Pompe program, and more importantly the effect on the Pompe patient community.  As soon as more information is available, the IPA will post it on the IPA website (http://www.worldpompe.org) and send it to our Members and Affiliates. 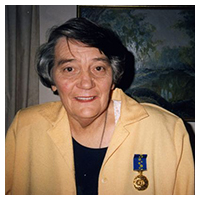 My sister, Helen Walker was diagnosed in 1990 with Pompe’s Disease. Little was known about this rare disease in Australia at that time. One morning Helen serendipitously happened to watch a TV interview with Professor John Hopwood on the research his group in Adelaide was doing on Glycogen Storage Diseases. She rang him the next day and had a long conversation. His interest in her situation resulted in a firm professional friendship between them. He informed her of his connections with the scientific work developing therapies at Erasmus University and at Sophia Children’s Hospital in Rotterdam.

John also arranged contact with three other known Pompe patients in Australia: Together they formed the Australian Pompes Association with Helen as President.

Helen’s gratitude and respect for John Hopwood and the research team in Adelaide was never forgotten. She owed so much for the success of her endeavours to this dedicated group and as a consequence she left a substantial amount from her estate to the South Australian Health and Medical Research Institute for future research. 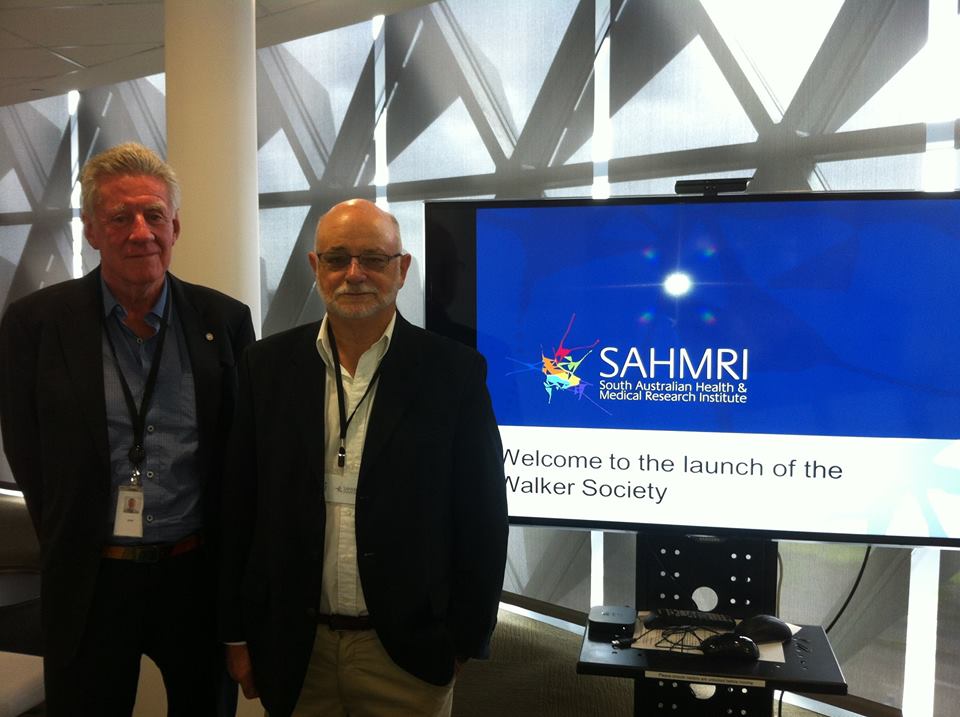 I first met Professor Hopwood at Helen’s funeral in November 2012. John flew to Melbourne to speak at her funeral. Earlier this year he rang me to announce his imminent retirement and his wish to launch a memorial benevolent fund in honour of Helen at The Institute. He invited me to attend the launch and to speak. On May 10 this year I attended SAHMRI’s launch of the beneficiary fund called ‘The Walker Society’.

In response to this recommendation, the South Australian Government committed to establish SAHMRI in 2008, and the Federal Government allocated $200 million to build the research facility. In December 2009, SAHMRI was incorporated as the state’s first independent health and medical research institute.

The IPA would like to thank everyone who participated in the Third Annual International Pompe Day Art Contest! The participation level this year was the highest yet!

All of the judges expressed how much they enjoyed seeing everyone’s unique interpretation of “Together We Are Strong.”

The IPA is very excited to announce the winners in each category: Finger painting by Chloe using many colors with each representing different stakeholders coming together to support people with Pompe disease. When we are together we can take off and do super things! My piece shows together we are strong because of the way the letters are drawn together to support each other to show Together We Are Strong. Even when one of us falls out of place, we still pick them up and help them fit in and stay strong.