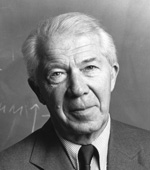 Dr. Christian de Duve, a Belgian biochemist who discovered the lysosomes, died at May 4 2013. Dr. de Duve had chosen to die by euthanasia, which is legal in Belgium, as he suffered from serious health problems.

His discovery of the lysosomes helped to unravel the biology of lysosomal storage diseases. For his discovery he had been awarded a Nobel Prize in 1974. Dr. de Duve at that time said that although his discovery brought great intellectual satisfaction, his goal was to use them to conquer disease. "It is now time to give mankind some practical benefits", he said.

After Dr. de Duve's discovery, other researchers went on to identify more than 50 lysosomal enzymes and some genetic diseases that result when an enzyme is absent of does not function properly. Today some of these conditions, like Pompe Disease, are treated with drugs that supply needed enzyme.

More information can be found at: